Exclusive, elusive, evasive, enigmatic. There are some bottles that, no matter how far and wide your search, you just cannot seem to find. They may be hyper-limited edition, circulated in unbelievably short supply, and almost impossible to spot in the wild, which is what makes them the rarest and most coveted bottles in the world. 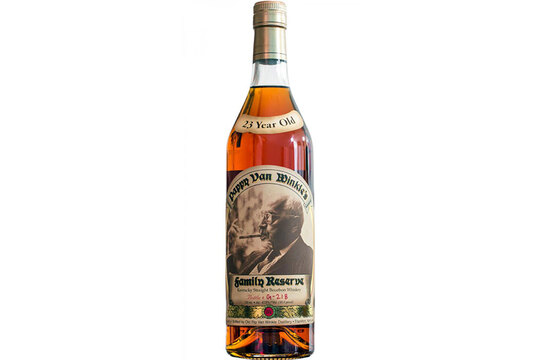 Needing no introduction, Pappy 23 is without doubt the most coveted and popular bourbon in contemporary collector circles. The community possesses an insurmountable appetite for this particular drop, and its exceptional age and limited production numbers make it one of the hardest bottles to come by - even sighting this golden elixir is uncommon.

As with all Pappy iterations, the allure and enigmatic nature of the bottle is a huge reason why its popularity has soared so dramatically in recent years, with a true ‘unicorn’ status and eye-watering cult following making it near impossible to find. While it exists as a folk tale for many, for those that have tried it or been lucky enough to secure a bottle for their collection, Pappy van Winkle bourbon is generally accepted as one of the finest and most remarkable sipping digestif bourbons in circulation, with its character and charisma adds to the incredible stature of the brand as a historical tour de force in Kentucky.

It’s rumored that a mere 84,000 bottles of the acclaimed wheated bourbon are produced and allocated annually, many of which are locked to State ballots in the USA and distributed via a lottery. For many, finding a bottle would be as good as winning the lottery, such is its scarcity amidst a mind-boggling level of demand.

Where to find? Here 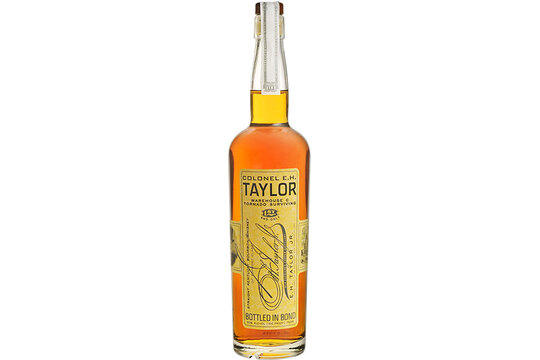 A bourbon that by all rights shouldn’t even exist, Colonel E. H. Taylor’s Tornado Surviving Barrel is the extremely fortunate result of an ‘act of god’, a miraculous bourbon whiskey shaped by mother nature’s harshest elements amidst Kentucky’s 2006 tornado outbreak.

Between the 1st and 2nd of January 2006, 20 tornadoes wreaked havoc across the Central and Southern states of America, with Kentucky the epicenter of the damage. Two of Buffalo Traces warehouses were damaged, including the revered Warehouse C, built by Taylor in 1881. With Warehouse C’s infrastructure compromised, a small group of barrels aging in the canopy near the roof were exposed to harsh winds and a large amount of sunlight.

The result was truly remarkable, a breathtakingly sumptuous, decadent bourbon whiskey unlike anything else the distillery had produced before, and only discovered years later upon tasting. While it dealt enormous damage to the building, the tornado imparted a small gift unto the BT distillery in the form of a unique and decadent bourbon whiskey - swimming with aromatic fig and clove, beautifully balancing oaky dryness and spice with lashings of jam, fruit and vanilla and underlying smoke and tobacco.

Today, Taylor’s Warehouse C Tornado Surviving possesses nothing short of cult status, and while there were purportedly 24,000 barrels in Warehouse C at the time of the tornado, today there are extremely few available for purchase. 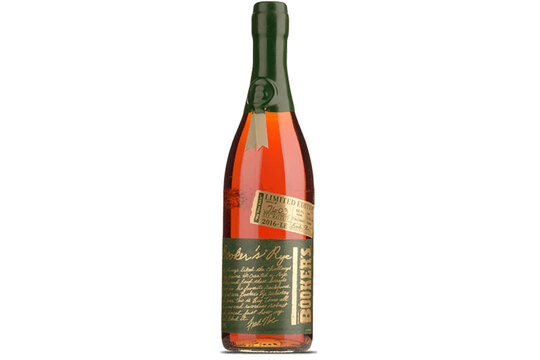 Based on a recipe that has since been taken to the grave following the late passing of Master Distiller Booker Noe, Booker’s Rye may never be produced again, and certainly not to the meticulous standards with which it was crafted under the vision of the whiskey’s namesake.

Having been met with hesitation prior to its release, in large part due to Booker’s never venturing into the world of rye previously, Booker’s Straight Rye was named Whisky of the Year by Whisky Bible in 2016, and the limited edition release has been incredibly hard to come by ever since.

Bottled at over 130 proof and imbued with the classic rye grain smell of pepper, oak and leather, Booker’s Rye is a rich and remarkably deep whiskey that delivers nuanced complexity and exceptional balance for such a punchy, heavy hitter. Bold spice and citrus are prominent, while cinnamon and heat are discernible but not overpowering. The finish is symptomatic of all great rye whiskeys, spicy and lingering with an almost chewy oakiness - the quintessential rye finish. It is all of these things and more that make it such a popular, aspirational bottle.

With fewer than 10,000 bottles released and the highly collectible nature of the bottle given its cult-status and the late passing of Booker Noe, the 2016 LE Straight Rye holds a status beyond that of your typical collector's item - it is legend, and for any connoisseur with a penchant for smoke and spice, this rye represents nothing short of a holy grail. 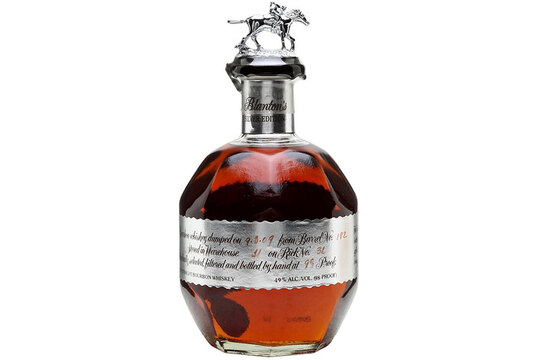 While Blanton’s is a household name for many bourbon whiskey enthusiasts, those who have started collecting more recently may be unaware of the Buffalo Trace Distillery brand’s most enigmatic and elusive bourbon, the Silver Edition.

Once a prominent ornamental feature in airport Duty-Free liquor departments, today the Silver Edition is discontinued and will, in all probability, never be produced again. Unlike many of Blanton’s most exclusive, limited-edition releases - such as Paris’ La Maison du Whisky Single Barrel, the M&P Festival Editions created specifically for Poland and the Black, Red and Gold Japanese Takara exclusives, the Silver Edition was never limited to a single, specific market - it was widely accessible as a travel retail release - however, most collectors and connoisseurs will never lay eyes on it, that’s how rare it is.

With the wider availability and popularity of the SFTB and Gold Editions, largely due to their higher proof and more robust, full-bodied nature, you may be excused for questioning why anyone would even consider hunting the Silver Edition. A valid point in theory, however, the Silver Edition possesses another degree of complexity, bottled at 98 proof and delicately balancing both bouquet and flavor in a symphonic manner. 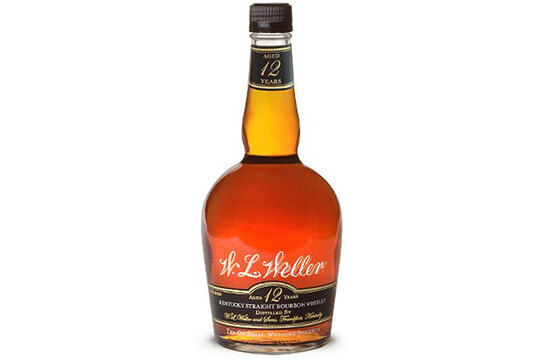 Fans of the BTAC Collection will no doubt be familiar with William Larue Weller, and anyone who has followed ‘hype’ whiskey in the last couple of years will be familiar with the acclaimed W. L. Weller silo from Buffalo Trace Distillery. What they mightn’t know is that the current crop of Weller 12 is actually a different beast to the one that was discontinued following a rebranding in 2017.

The older style bottling may be antiquated, however, collectors and connoisseurs will appreciate these pre-2017 vintages for the history and heritage, as well as for the more unique qualities they possess - less ubiquity across Buffalo Trace’s mash bills being one of the primary differences of this discontinued iteration.

Crafted with Weller’s original wheated bourbon recipe, which was conceived in 1849 and stood the test of time, the older style Weller 12 is heavy on rich caramel and vanilla with an almost thick, molasses-like mouthfeel that oozes luxurious sophistication and quality. Though the current Weller 12 retains most of these fantastic attributes, and to some extent is a more ‘modern’ new age whiskey, for those that appreciate the icons of Kentucky bourbon, the vintage 12-year-old Weller is unable to be surpassed.

Frequently cropping up on auction sites when a lone bottle is uncovered, this is one of the rarest and most hard-to-find bourbon whiskeys in the world, and will certainly cost you a pretty penny given its ‘antique’ collector's item status.

Where to find? Here