It’s not always about the classics… quite often new, exciting and innovative whiskeys see meteoric rises in popularity, which in turn impacts their availability and inevitably their price. The hype train can often lead to an explosive gain in a bottle’s popularity, and when this happens - you will have hoped to have already secured your bottle before it becomes unattainable, such is the nature of the beast.

So what are the most hyped whiskeys this month? Below we take a look at the talk of the town, showcasing a few of the most ‘hyped’, most sought-after and most-searched-for whiskeys in the United States. 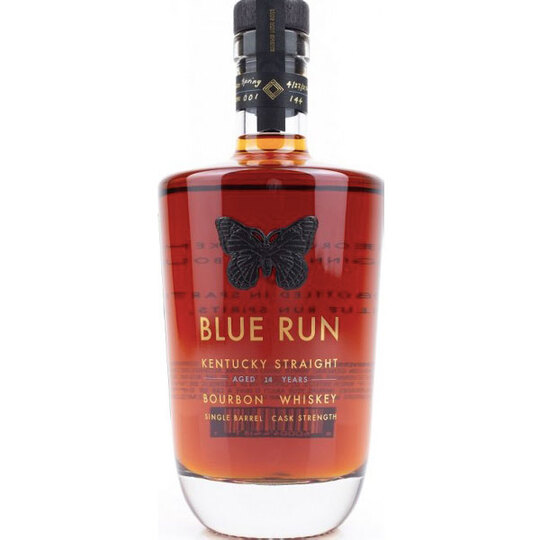 The whiskey that saw the largest rise in popularity this week was Blue Run Spirits, and namely the recently released 14 Year Old Small Batch Bourbon iteration. A critically acclaimed double gold medal winner at this year’s San Francisco World Spirits Competition, the 14 Year Old Small Batch Bourbon earned top honors at the prestigious SFWSC in the small-batch bourbon 11 years and older category - one of the most hotly contested categories in modern whiskey making.

The 3rd offering from Blue Run’s collection, and the highly anticipated sequel to the 13-year-old small batch and 13.5-year-old single barrel, the 14 Year Old Small Batch Bourbon is something to behold, and brings forth the same mature complexity and inspired craftsmanship for which the first two offerings have become so well renowned. Weighing in at 113 proof, the same ABV that the inaugural release was bestowed with, the 3rd release possesses a silky smooth mouthfeel and a flavor profile that oozes character and charisma.

Expect sumptuous sweetness on the nose, followed by subtle baking spice, a fleeting hint of French toast that slowly transforms into a complex balance of white pepper, cherry, and caramel, before a long, lavish finish that sings on the throat and caresses the taste buds. There’s no wonder it’s one of the most hyped bourbons this month, a top-of-the-class award winner, and a brand that has garnered cult status with its designer and executive credentials. 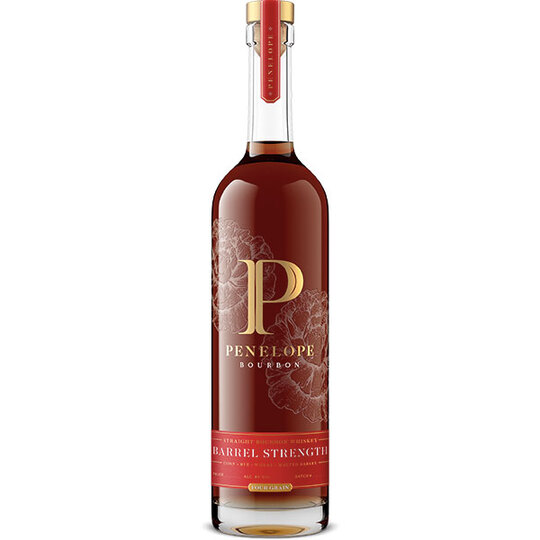 Next up on the most-hyped list, we come to Penelope Bourbon, whose inspired and oft-innovative releases featured widely in bourbon circles and conversation throughout August. The MGP distilled brand’s barrel strength was a double gold medal winner in 2020, and the 7th iteration of this barrel strength silo was recently made available. With a formidable resumé and countless references that lend weight to this already award-winning brand, it’s easy to see why Penelope was talked about at length this month. Interestingly, the new barrel strength wasn’t the only Penelope Bourbon offering to gather whiskeyphiles’ attention this month, with their Rosé Cask finish also earning itself plaudits and attention following its annual July release (it would seem that this year’s batch is rather popular).

The barrel strength is a potent 115.2 proof, four-grain straight bourbon whiskey that combines three separate mashbills and ages these for between 3.5-5 years to produce a punchy, pronounced bourbon whiskey beset with hot heat and offering considered complexity. Expect a smorgasbord of flavor, spanning from sweet caramel and maple syrup to charred sugar and crème brûlée, which then gives way to an emphatic heat and subtle spice both of which linger and laze about in the finish to keep you wanting more and more.

On the other hand, the Rosé Cask Finish Bourbon presents a more novel approach to whiskey making and is no doubt a bottle for those with an adventurous side. Using French Grenache Rosé Wine Casks from the Southern Rhône region to finish their signature four-grain blend, this delicate and elegant 94 proof bourbon is aged between 3-4 years and presents an inspired and refreshing tasting experience. Expect generous floral and botanical notes that resound throughout the nose, body and finish, tying together the classic cream, caramel and vanilla for which Penelope has become renowned. Sweet and refreshing, yet rich and luxurious, there’s good reason for this bottle to have been one of the month’s most sought-after and searched-for bottles.

Penelope Bourbon is certainly a brand to look out for and an up-and-coming powerhouse in unique and innovatively finished bourbon whiskeys, perhaps this one isn't all talk after all. 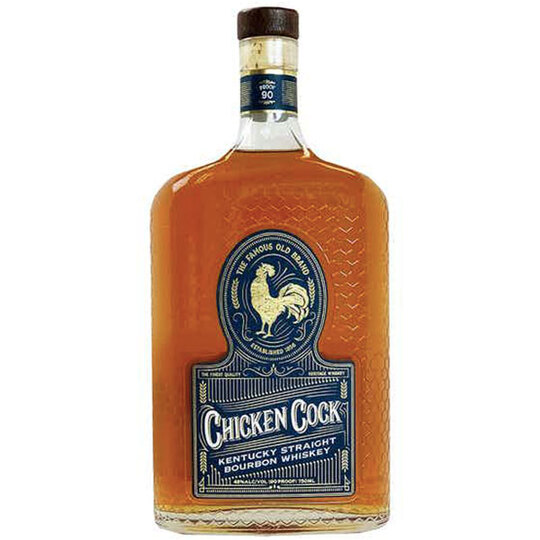 Thirdly, and lastly, we come to Chicken Cock Whiskey, the ‘famous old brand’ and a distiller with over 150 years of history, now resurrected and producing fine Kentucky whiskey once more - so good that they have recently been nominated for USA Today’s Best Craft Whiskey Distillery of 2021 alongside such names as Heaven Hill, High West, Redwood Empire, and Widow Jane. This nomination once again places Chicken Cock amongst esteemed company, and reminds us of the quality and caliber of their Paris, Kentucky whiskeys.

The Kentucky Straight Bourbon Whiskey is a throwback to the prohibition era and is imbued with the charisma and charm that makes Chicken Cock’s story so interesting. Distilled, aged, and bottled in Kentucky, while it may only weigh in at 90 proof, there is no denying this bourbon packs a punch, offering heat and harmony between smooth sips that possess notes of sweet caramel, smooth cream, and butterscotch, as well as a faint and lingering nod to wafer biscuit and the mandatory hint of oak.

This article is based on search-based Google query data for the month of August, sorted by biggest increase in volume.