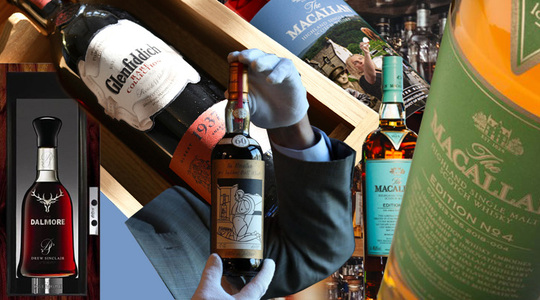 In the rarified atmosphere that is limited edition Scotch, sometimes one might find themselves in the echelons beyond the metaphysical, encountering a bottle so enigmatic that it makes Loch Ness and Stonehenge look commonplace. Few will ever encounter these beasts, and fewer will ever have the chance to purchase them, but should you - they are destined to become more than just whiskies in your prized collection. They represent the finest craftsmanship in Scotland, true pieces of cultural and spiritual engineering that resonate with whiskyphiles - enchanting and ensnaring the soul. Read below to learn about some of the rarest Scotch whiskies in circulation, and stay tuned for part 2 where we explore some even rarer, once-in-a-lifetime Scotch whiskies. 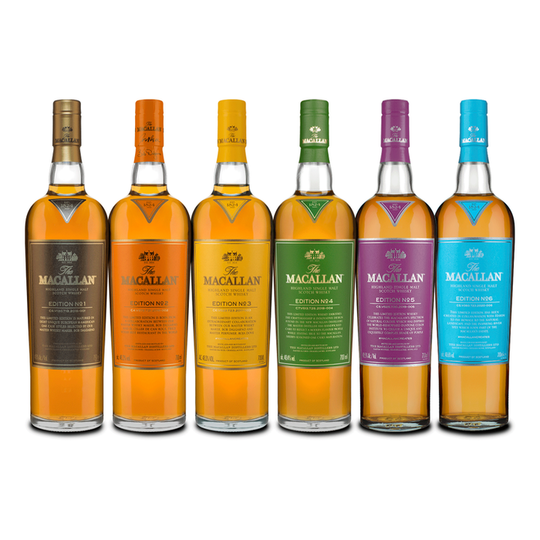 An annual limited edition release that typifies the class and charisma of Scotland's finest whisky producer, The Macallan Editions are a stunning collection of collaborative and uniquely inspired Scotch whiskies that have captured the hearts of collectors across the world. From the Edition No. 1, a luxuriously appointed Scotch whisky, made in collaboration with master whiskey maker Bob Dalgarno, aged in 8 different styles of European and American oak casks, to the Edition No. 5, an inspired collaboration with the Pantone Color Institute that accentuates and illustrates the natural colors and flavors of the Speyside distillery, the Editions showcase the best of the Macallan distillery and have become the height of collectible Scotch since the first release in 2015.

The Macallan x Sir Peter Blake "An Estate, A Community and A Distillery" 750ml combines one of the finest single malt Scotch whiskies in the world with artwork from one of the most iconic pop artists in history. Magnificently crafted and highly collectible, this 95.4 proof single malt Scotch is one of the most coveted bottles ever released by The Macallan, and comes beautifully presented with an artwork by Blake printed on a scroll and included with the bottle. Complex, balanced, and with a bouquet of flavors that spans from rich dried fruits and spice to subtle black pepper, vanilla and treacle, don't miss a once-in-a-lifetime opportunity to secure one of the rarest single malt Scotch whiskies ever produced by Macallan. 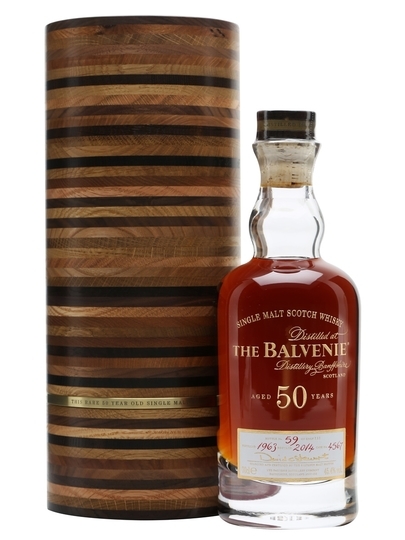 An elegant and decadent Scotch that’s testament to the Balvenie’s remarkable reputation for crafting quality whisky, the Balvenie 50 year old is a masterful statement piece that blends a marriage of four different fifty-year-old casks. Produced by Balavenie’s Master Whisky Maker David Stewart, there are only 110 bottles of this remarkable Scotch whisky in circulation globally, making it one of the most revered, celebrated and coveted bottles on the face of the earth. The historical bottling is carefully crafted and presented with a bespoke wooden tube, adding to the allure and illustrious nature of this iconic piece. A deep and mature Scotch that resounds with oaky, syrupy flavor which is complemented by nuanced hints of orange, toffee and brown sugar, for collectors and connoisseurs, there is no finer Scotch. 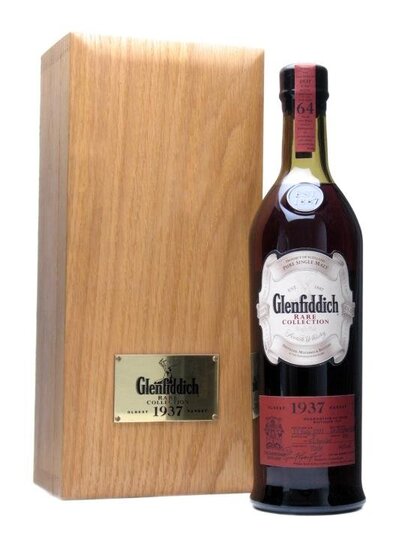 Cask number 843, a whisky nurtured by generations of Glenfiddich’s Malt Masters - it was considered to be one of the finest and oldest whiskies that the world would ever see. After 64 years, this nectar was distilled in one of the smallest releases of all time - just 61 bottles. While many speculated that the quality and strength of the whisky would have depleted over 6 decades of maturation, the 1937 Rare Collection Single Malt would retain an incredible potency that boasted a huge aroma and one of the most intricately complex palate experiences - one that Glenfiddich could only dream of. Coming around once every few years, if you’re able to find one of these occasions, don’t hesitate as the bottle will be gone in the blink of an eye. 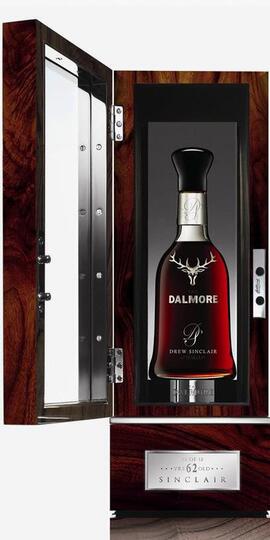 A record-breaking Scotch whisky, the Dalmore 62 is considered to be the world’s most expensive whisky - and is undoubtedly one of the world’s rarest ever. A historical release, reduced to only 12 bottles globally, this collector’s item is one of the Scotch world’s most elusive and coveted bottles. For connoisseur’s and whisky buffs, this bottle is the Holy Grail, and a bottle that will only continue to become more and more elusive given the state of the market. In 2002, a bottle sold at auction for £22,000, in 2011 a bottle sold for £125,000, and today, it would fetch an eye-watering amount. Perhaps the most elegant, sophisticated and luxurious expression of Scotch in history, the Dalmore 62 is an enigma that few will be lucky to encounter in their lifetime.