What do you look for when purchasing your next bottle? The best value whiskey, the most underrated bourbon, or perhaps just another bottle that you hope won’t disappoint? Are you one of the millions of people hunting the same thing, that ever-elusive Pappy van Winkle or BTAC unicorn, a bottle that will impress your friends, a bottle that you mightn’t ever open and enjoy?

With so much competition for popular, well-marketed bourbon whiskeys, it’s easy to forget that there are exceptional bottles right under our noses that might not have the same hype or allure thanks to large advertising budgets and extremely short supplies. Often, we forget to explore uncharted waters in the pursuit of those undiscovered hidden gems, so today we take a look at 5 of the most seriously underrated bourbons anywhere in the world (that you can access at affordable and reasonable prices). 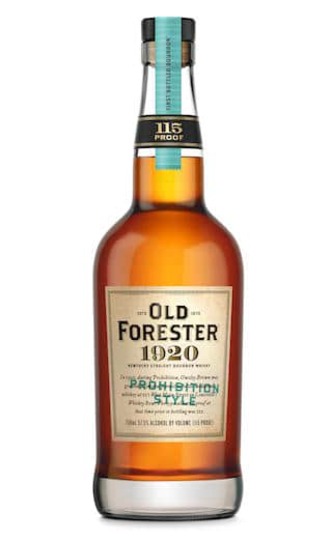 The best kept secret in bourbon? Those who know just how good the 1920 Prohibition Style from Old Forester is might disagree with us including it in this list for fear of it being spoiled and harder to find, but the cat’s out of the bag - this is possibly the best widely accessible Kentucky whiskey of the last 5 years (before the market exploded and bottles began fetching astronomically high prices).

A profile that swims with licks of vanilla and caramel and dives into heavy oak undertones, a charred nuttiness and subtle hints of dark fruit, baking spice and sweet cereal - at the price point, you’re set an almost impossible task trying to find a whiskey that holds its own against some of the heavier hitting allocated bottles. 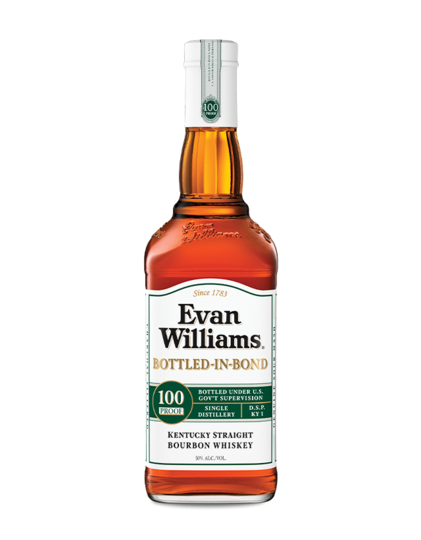 Another staple of the Kentucky whiskey landscape that deserves more attention than it receives, while Evan Williams is the second-largest selling bourbon it is also one of the most overlooked and disrespected in general terms. When it comes to excellent bourbon and remarkable value, the Bottled in Bond White Label, distilled at Heaven Hill, is one of the pound-for-pound heavyweights.

A 100 proof high-quality bourbon aged for at least 4 years, the mashbill is 78% corn, 10% rye and 12% malted barley and makes for a classically appointed bourbon with a sneaking, subtle sweetness that ties the spirit together exceptionally well. From the outset, caramel and vanilla prevail, before earthy rye resounds alongside smoky barrel char. The finish is understated, with a distinctive dryness and a lengthy but not overpowering heat. 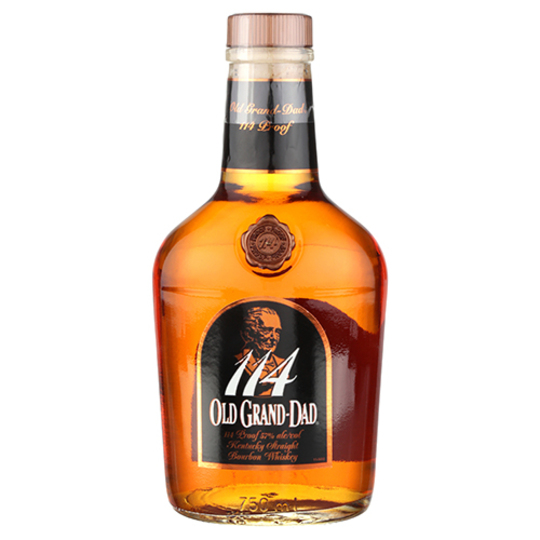 114 Proof. Beset with a label that features an old man. A unique, rye heavy mashbill. In the current landscape that is bourbon, a few of these elements can be found in bottles that fetch upwards of $1000, so it’s perhaps ironic that the Old Grand-Dad 114 sits at a fraction of the price when compared to extremely similar products.

With the rising popularity of rye-heavy bourbons, it’s surprising that Old Grand-Dad isn’t a more sought-after bottle. The mashbill is exceptionally unique, comprised of 63% Corn, 27% Rye, 10% Malted Barley, making for an exciting, full-bodied flavor bomb that’s instilled with the expert craftsmanship of Beam, as well as the peerless quality standards for which the distillery is renowned.

A brilliant bourbon at a budget price, enjoy the bouquet of spice, cinnamon and rye heat before it gives way to a fierce yet fruity body that licks with fire and finishes with a candied cinnamon flurry.

So good it was voted 2019’s 4th best bourbon (in any price category) by the Whisky Advocate, Heaven Hill’s 7 Year Old Bottled in Bond Bourbon is a classy and charismatic whiskey that’s silky on the palate and seriously interesting from start to finish.

A collision of complex flavors defines the 7 Year Old BiB, with the 100 proof somehow more potent than it should be. The nose is brimming with nuanced flavors, spanning from honey to roasted nuts and sweet caramel, before the proof explodes and introduces a cacophony of chocolate, baking spice and the anise of herbal clove and tobacco smoke.

There is something different about this whiskey, a meticulous and methodical bourbon that conjures an otherworldly aura through bold, brazen flavors, the powerful proof and languid, length of finish - a spectacular bourbon for the price point and one that must be included in any collection. 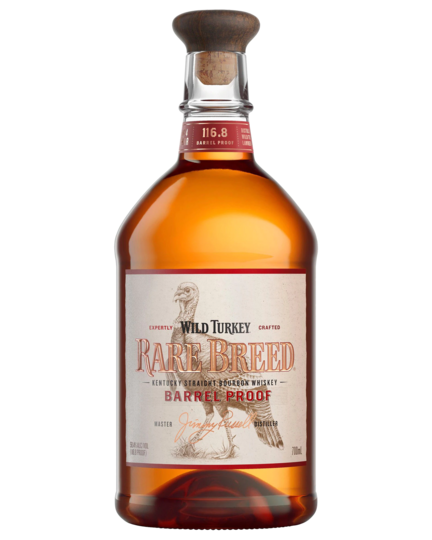 There’s history in this bottle, a lineage that dates back to the early 90’s; it’s a bourbon that has learnt about itself over time, about its strengths and weaknesses, good and bad - there is little weak or bad about this whiskey however. The Rare Breed from Wild Turkey is a barrel proof straight bourbon that blends 6, 8 and 12 year old Kentucky whiskeys and marries them to produce something akin to nectar.

Bottled in the region of 108-115 proof, and composed of a corn heavy mashbill (75% Corn, 13% Rye, 12% Malted Barley), the Rare Breed is one of the best value, most underrated whiskeys found anywhere in the world, a balanced and bold bourbon that boasts big classic flavors and subtle nuances that make it a step above almost any other whiskey in its class.

From the outset, caramel and toffee intertwine with the zing of orange peel and citrus before oak takes hold and adds a mature elegance and depth. The palate is coated in butter and the mouthfeel is silky and smooth, a complex mixture of rye spice and the sweetness of caramel and burnt sugar is foregrounded before more citrus presents itself and is bruised by swathes of tobacco and leather. The rare breed is a unique and rather rare experience, a most excellent bourbon that is perhaps the most underrated of the lot.

Join us next week as we take a look at part 2 of the most underrated bourbons, exploring more of the best kept secrets in Kentucky whiskey.