When it comes to whisky, generally we think of classic American bourbon, deep complex single malt Scotch or the sweet smoothness of Irish whisky. Australia isn’t normally associated with distilling fine whisky, renowned more for its viticulture and the excellent red and white wines that come out of a number of esteemed vineyards. While this is the assumption, it isn’t necessarily true. Whisky is a budding industry down under, with a number of small distilleries gaining worldwide recognition for their craftsmanship and ability to engineer complex, exciting and interesting single malt and blended whiskies from the unique terra of Australia.

Oft inspired by local surroundings and the natural landscape, Australian whiskies are imbued with an innate and remarkable earthiness. Be it the offerings of the country’s southern-most island, Tasmania, or the considered and cultured wares of inner-city micro-distilleries and whisky houses, Australia boasts a phenomenal and fearsome array of whiskies that cater to all tastes and preferences. The best Australian whiskies are those that don’t apologize for their rawness and embrace the eclectic and unusual aspects and challenges of making whisky in the country. 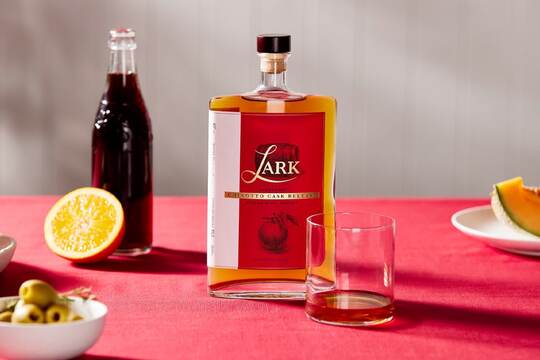 The pride of Australian-grown whisky, Lark is home to some of the finest and most beautifully appointed whisky in Australia. An innovator and a true icon in Australian spirit distilling, Lark has achieved nothing short of greatness since producing the country’s first Tasmanian single malt whisky (distilled in 1893), becoming the front runner in Australian whisky craftsmanship and building a catalogue that has captured the hearts and attention of whisky fans across the globe.

Defying tradition, rewriting definitions, Lark pushes the envelope when it comes to the unique and interesting finishing touches it puts on its single malt whisky, and has solidified a reputation as one of the most innovative and exciting distillers in Australia and also the world.

Notable not just for the quality of its staple collection and the elegant flavors imparted in each batch, Lark is revered for its limited-edition cask finished whiskies, from Australian icon Brokenwood and the Graveyard Shiraz Cask, a single malt finished in Japanese Mizunara to a cola inspired Chinotto finished whisky, Lark have shattered the confines of conventional whisky making with the result being some of the most interesting and exciting whisky available on the market. 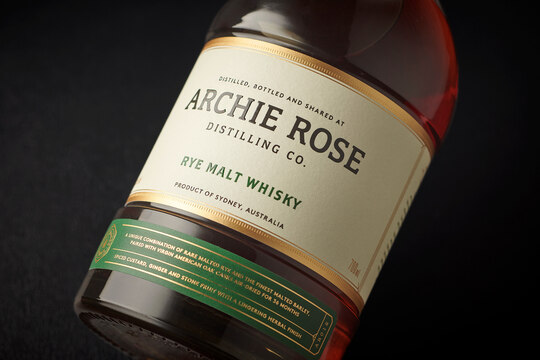 Arguably Australia’s most renowned craft spirit distiller, Archie Rose distillery is based in Sydney and is home to some of the country’s best, award-winning gins, whiskies and niche, tailored spirits.

Critically acclaimed and named as one of the world’s best distillery experiences, Archie Rose combines pride and passion to produce a magnificent array of character-rich and charismatic drinking spirits.

Awarded the world’s best rye whisky at the World Whisky Awards in 2020, the rye malt whisky from Archie Rose speaks to the caliber and quality of Australian whisky distillers and is proof that this lesser-known producer of the world’s favorite spirit can more than hold its own against the biggest powerhouses in the world. 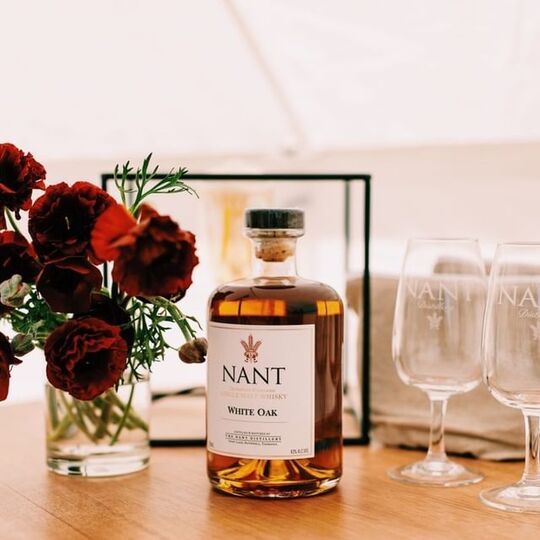 The South Island’s star distillery, Nant is one of the most popular producers of whisky in the Tasmanian Highlands and is responsible for some of the most elegantly crafted and exquisitely flavoured sipping spirits in the country.

Subtly layered and remarkably complex, Nant uses traditional methods and techniques for distilling their award-winning whiskies, producing them in smaller batches and volume than some of the country’s larger facilities. A passion for natural whisky and high-proof is also a defining feature of Nant, with a number of their cask strength whiskies weighing in at over 120 proof.

Taking cues from the natural environment and local Tasmanian ingredients, whether it’s the French Oak Port Matured Single Malt or the Bourbon Cask Single Malt - Nant has something for everyone and is a must-have for purveyors of fine Australian whisky. 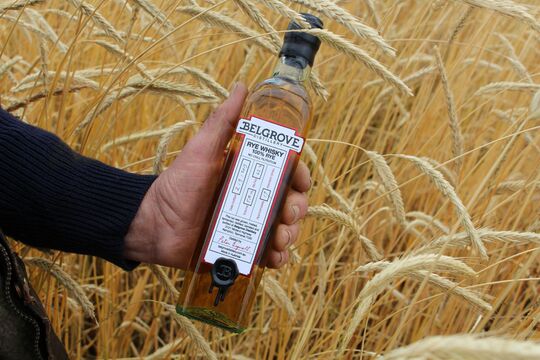 An eco-conscious distillery whose focus revolves around sustainability and ethical whisky production, Belgrove Rye is a phenomenon when it comes to Australian whisky with an American inspired vein.

The non-chill filtered 100% rye whisky produced by Belgrove is arguably the closest thing to an American whisky that you will find Down Under, produced at the home of the only bio-diesel powered still in the world using peat sourced from Brown Marsh Bog in Tasmania.

For an authentic take of a classic rye whisky, Belgrove’s earthy excellence is not to be missed and is a formidable whisky with a profile that ranges from earthy, light peat, to allspice, cinnamon, honey and a subtle smokiness 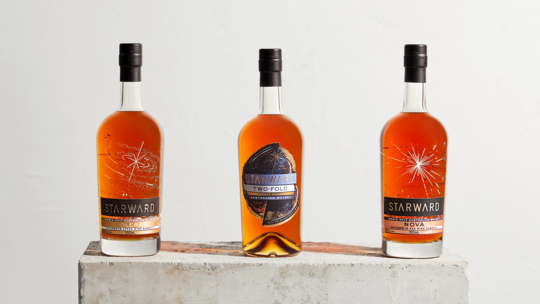 Melbourne made, meticulously measured, marvellously mature. When it comes to crafting exceptional whisky, Starward truly reach for the stars.

A scintillating whisky brand that typifies the passion and poise of Australian spirit making, Starward is one of the foremost authorities on classy, quality whiskies. Engineered as gastronomical complements, Starward whisky is designed to be paired and enjoyed with food.

Aged in red wine barrels and inspired by the local Melburnian culture, you can’t go wrong with a dram of the Solera, Nova or Fortis Single Malts, with each offering a slightly different take on a classic Australian whisky.