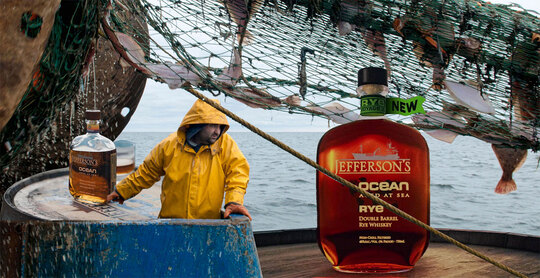 American whiskey has been on a progressive ride over the past two to three decades. Old stalwarts like Pappy Van Winkle and Heaven Hill have enhanced their portfolios while focusing on traditional techniques and products. But it is free-thinking innovators like Jefferson’s Bourbon that are paving the way for modern whisky makers.

The Kentucky company was built with one eye on history and one eye on the future. If you think aging whiskey on boats at sea sounds interesting you’ve come to the right place!

Let’s take a closer look at Jefferson’s Bourbon and its Ocean Aged at Sea whiskey series.

A Brief History of Jefferson’s Bourbon

Jefferson’s Bourbon is a collaboration between father and son, Trey Zoeller and Chet Zoeller (a well-known bourbon historian). The Louisville-based company was founded in 1997 as McClain & Kyne–a reference to an 8th-generation grandmother who was arrested in 1799 for moonshining.

With native Kentucky roots and a family history of distilling, Trey Zoeller set out to bring new ideas to the whiskey world. From the beginning, the aim was to buy whiskey from well-established producers and put it through their proprietary aging and blending processes.

Their early releases included Jefferson’s Very Small Batch Bourbon which is a blend of up to 4 hand-selected whiskies. In 2005, the company was purchased by Castle Brands.

The acquisition would elevate Jefferson's Bourbon, with Castle purchasing a minority stake in the Copperhead Distillery Company giving them access to the Kentucky Artisan Distillery. Today the brand blends a portion of its own whiskey into many of its products.

Trey and his team have come up with plenty of unique and interesting techniques for finishing, aging, and blending whiskey. Some might be so strange that they didn’t work out or still need polishing.

What has worked out is Trey’s innovative idea to age whisky on ships while at sea.

Anidea popped into Trey’s head while on his friend’s research ship. He was staring at Jefferson’s Reserve Bourbon while it rocked back and forth gently in the bottle. A lightbulb came on–what would happen if he were to place whisky barrels on the same ship?

Trey found the perfect partner in OCEARCH, a global non-profit that monitors the health of our oceans by tracking sharks. Soon after, a handful of barrels were stashed aboard the organization’s mobile laboratory ship.

Jefferson’s Bourbon then spent three years circumnavigating the globe. Finally, it was time to discover the fruits of their labor. Zoeller stated, “I had no idea what it would taste like.”

All that time the barrels spent bobbing up and down had done something magnificent to the liquid they contained. It was “black, almost syrupy” and packed with caramelized sugar–this would need to be repeated!

Now a regular release, Jefferson’s Ocean represents very unique and rare whiskies. While the process has been refined over time, each voyage has its own journey and character.

Currently, 26 voyages have been completed. New ideas like the Special Wheated Mash Bill are introduced occasionally. 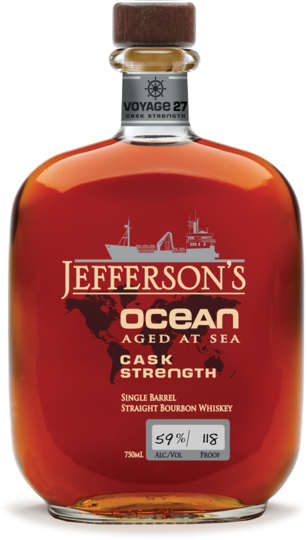 This one is the classic. Now the bourbon spends roughly 5-10 months at sea instead of three years. According to Zoeller, they still cross the equator at least 4 times and visit over 30 ports on a typical journey.

Jefferson’s Bourbon is first aged 6-7 years in the wood. Next, the barrels are stored in a shipping container with air vents. They are placed on the top deck of the ship where they are subjected to great temperature fluctuations and constant movement.

Both of these things help to speed up the whiskey's contact with the wood and exchange with ambient air. That’s a lot of Newtonian physics to subject such a beloved spirit to, but is it worth it?

After cracking open a  bottle, we end up with a smokey, toasty, and dark-gold whiskey that has a hint of salty sea air. Brown sugar and cinnamon and espresso help to complete a smooth and easy drinking experience. 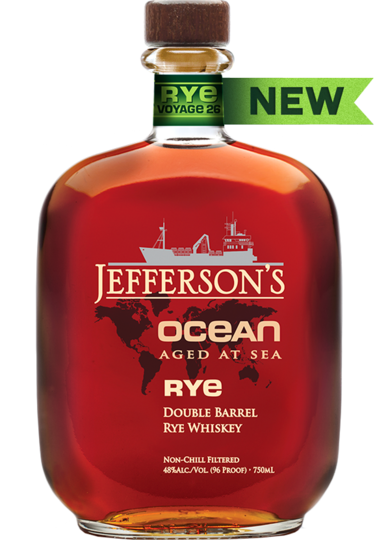 For the most recent voyage (26), Jefferson’s opted to give some of its Rye whiskey a turn at sea. Procured Canadian rye was aged for at least 4 years before setting off on its maritime journey. The whiskey initially spent time in medium (#3) charred barrels before being split into toasted new oak barrels.

Like Jefferson’s Ocean Bourbon, the rye then spent time meandering the earth while hyper-aging. The Ocean Rye really showcases the double barreling with toasty and maple syrup aromas.

After taking a sip, you will notice a moderate amount of rye spice, seasoned oak, and ginger. You might feel taken back to an evening campfire as you are treated to notes of toasted marshmallows and salted caramel.

Whatever happened at sea stays at sea, but it should definitely happen again! 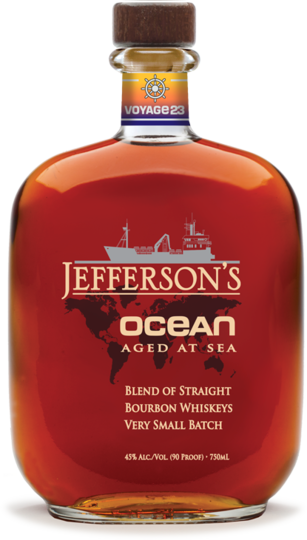 On rare occasions, Jefferson’s take their already limited whiskey and bottle it at cask strength. When bottled at 112 proof, a completely new distilled beast is unleashed on the drinker.

Of course, every voyage has its own story to tell. But you can expect everything from Jefferson’s Ocean to be turned up to 11. This whiskey brings oak, vanilla, and other baking spices to the forefront. As it opens up you can pick up citrus, orange peel, burnt sugar, and caramel.

In some ways, it’s almost like some rye is blended in there–very tasty and well worth grabbing if you spot it.

Some of the most sought-after whiskies feature a wheated mash bill. So of course, Zoeller and his team thought, why not ferry some wheated bourbon around the globe?

The wheated mash lightens up Jefferson’s Ocean letting the toasty wood character and sea salt really shine through. Compared to the others, Ocean Wheated gives one a journey reminiscent of a calm bay.

It’s Not All About the Ocean

We would be remiss if we didn’t briefly touch upon some of the other unusual and rare libations being released by the Kentucky brand. 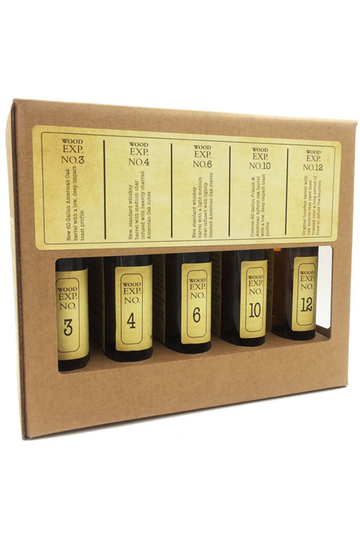 After spending some time at a wine cooperage in Missouri, Trey was inspired to combine different treating processes with Jefferson’s Bourbon. These new woods had been more heavily toasted, seared, or even “slow cooked.”

They took 4-year-old bourbon, spit the lot, and tested them in 13 different vessel/environment combinations. You can pick up a mixed box that contains 5 of these experiments that will broaden your whiskey horizons. 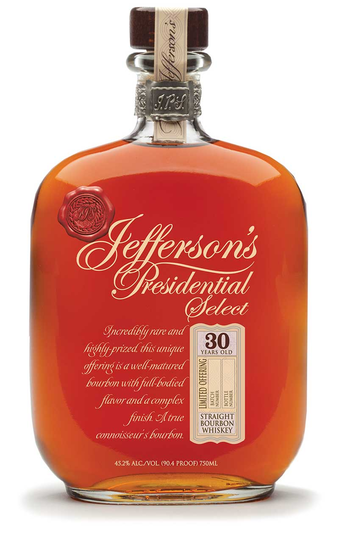 Jefferson’s Presidential Select 30 was released back in late 2013 but there are still bottles to be found. It will be the crowning jewel of your collection. Should you crack it open, you will be greeted by a rich, dark whisky full of vanilla, butterscotch, and a mixed berry finish. The 30-year-old comes bottled at 90.4 proof.