The Hancocks name traces its origins back to 1859 when Thomas Hancock purchased the Captain Cook Inn in Khyber Pass Road Newmarket. Hancocks originally started life as a brewer and publican. The company went through many changes in its first 100 years, including the manufacture and distribution of spirits. Over the course of years the company changed names several times with the core of the company being the basis of what we now know as Lion.

It was in the early 1980's that the name Hancocks re-surfaced operating as a retailer, On-Premise distributor, ships provider and a business house supplier based in Auckland, Wellington and Christchurch. Towards the end of the 1980's, the business had been down sized to a point that the Auckland site at Victoria Park was the only remaining going concern.

In 1991 our family purchased the Hancocks business with the vision of restoring its very rich and proud heritage as a valuable supplier to the licensed trade. Today Hancocks is still 100% New Zealand Family Owned & Operated, something that is very rare in our industry these days.

Through the 1990's the portfolio of wine and spirit agencies grew, building on the strong foundation as distributor for many fine New Zealand wine companies. On the 1st August 1999 the liquor distribution business was set up on its own under the Hancocks name. In March 2000 Hancocks was successful in securing the Brown-Forman family of products for exclusive distribution in New Zealand. The Brown-Forman portfolio includes the premium products: Jack Daniel's, Chambord, Finlandia Vodka, Woodford Reserve Bourbon, Herradura, El Jimador, and Pepe Lopez Tequilas. This success was then complemented with the Remy / Cointreau Group joining Hancocks. Their brands include: Remy Martin Cognac, St Remy Brandy, Cointreau, and Mount Gay Rum. In 2000, we also launched Jägermeister from Germany, which has risen to be a powerful brand in New Zealand.

Our trading name, Hancocks Wine, Spirit & Beer Merchants Ltd reflects a business that has developed over the decades into a full service nationwide sales force covering both On-Premise and Off-Premise trade. The focus of which is on building and growing successful brands, adding value and delivering on superior customer service.
… 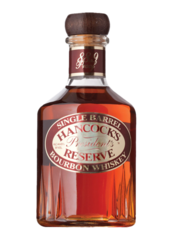