A giant in the whisky industry and accounting for apx. 30 % of worldwide single malt sales, Glenfiddich dates back to 1876, when it was established by William Grant. Still run by Grant’s descendants, Glenfiddich was first whisky to truly market itself as a single malt.

Set in the heart of the Highlands, Glenfiddich (meaning ‘Valley of the Deer’ in Gaelic) is a place of outstanding beauty. Glenfiddich has not changed much since 1886, when William Grant and his family set out to build the Distillery with their bare hands. The very same warehouses and mash rooms produce the world’s favourite single malt Scotch whisky today.

It is said that William Grant had always harboured a dream to make the ‘best dram in the valley’. And so, with a determination to realise that dream, William began building his Distillery by hand, with the help of his 9 children, stone by stone. After a year of work it was ready and the Grants named it Glenfiddich.

The 1920s saw Glenfiddich operating as one of the only working distilleries in the region. With William’s grandson Grant Gordon joining the firm and increasing whisky production, the distillery was ready to meet a new post-war surge in demand. By the 60’s, William’s Great Grandson, Sandy, was setting a president by marketing Glenfiddich outside Scotland. The brand gained worldwide fame and acclaim for its smooth, rich flavour and has continued it stratospheric rise ever since.

By remaining an independent company, the owners makers of Glenfiddich Scotch whisky have managed to retain many of the somewhat expensive and time-consuming techniques to ensure the consistent and exceptional quality of their whiskies.

The distillery uses the finest malt produced to the family’s very own specification, whilst hand chosen ripe barley is steeped in water for two days, is then left to germinate for four to five days, which starts the magical conversion of natural starch into sugar. The resulting 'green malt' is dried over fire, and delivered to the Distillery as malted barley.

As the World's most awarded Single Malt Scotch Whisky, Glenfiddich holds an impressive collection array of medals for its expressions. The 12, 15, 18, and 21-year olds have all rated well in the San Francisco World Spirits Competition and the Beverage Testing Institutes' reviews, with, the 15-year old alone receiving three double-gold medals (in four years) at the 2007–2010 San Francisco competitions and a score of 91 with the Beverage Testing Institute.

It needs hardly be said, then, that if you haven’t already tried at least one of Glenfiddich’s outstanding whiskies, you need to as soon as you can. It is, quite simply, the epitome of the Single Malt and should be a staple in your liquor collection.
…
1 Fife Street, Dufftown Scotland, United Kingdom
http://www.glenfiddich.com/
24 products
Region
Varietal
Size
Price
24 products 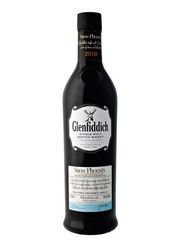 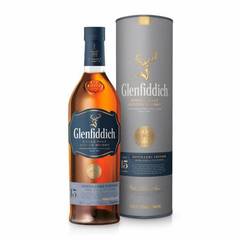 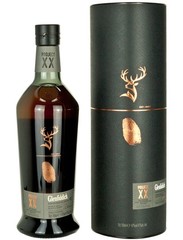 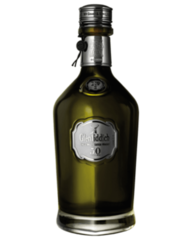 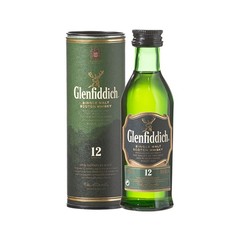