Around 1850, Sewell T. Taylor sold his New Orleans bar, The Merchants Exchange Coffee House, to become an importer of spirits, and he began to import a brand of cognac named Sazerac-de-Forge et Fils. Meanwhile, Aaron Bird assumed proprietorship of the Merchants Exchange and changed its name to Sazerac Coffee House. On October 2, 2019, the Sazerac House opened to the public as a museum and immersive experience that shares the history of the New Orleans cocktail culture, including the Sazerac.

Legend has it that Bird began serving the "Sazerac Cocktail", made with Sazerac cognac imported by Taylor, and allegedly with bitters being made by the local apothecary, Antoine Amedie Peychaud. The Sazerac Coffee House subsequently changed hands several times, until around 1870 Thomas Handy became its proprietor. It is around this time that the primary ingredient changed from cognac to rye whiskey, due to the phylloxera epidemic in Europe that devastated the vineyards of France.

At some point before his death in 1889, Handy recorded the recipe for the cocktail, which made its first printed appearance in William T. "Cocktail Bill" Boothby's The World's Drinks and How to Mix Them (1908) although his recipe calls for Selner Bitters, not Peychaud's. After absinthe was banned in the US in 1912, it was replaced by various anise-flavored liqueurs, most notably the locally produced Herbsaint, which first appeared in 1934.

By the early 20th century, simple cocktails like the Sazerac had become rare, which eventually rekindled their popularity.

The creation of the Sazerac has also been credited to Antoine Amédée Peychaud, a Creole apothecary who emigrated to New Orleans from the West Indies and set up shop in the French Quarter in the early 19th Century. He was known to dispense a proprietary mix of aromatic bitters from an old family recipe.

According to popular myth, he served his drink in the large end of an egg cup that was called a coquetier in French, and the Americanized mispronunciation resulted in the name cocktail. This belief was debunked when people discovered that the term "cocktail" as a type of drink first appeared in print at least as far back as 1803—and was defined in print in 1806 as, "a mixture of spirits of any kind, water, sugar and bitters, vulgarly called a bittered sling.".
… 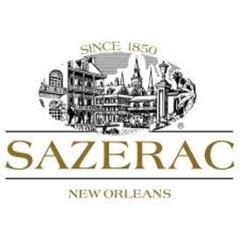 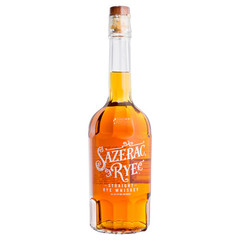 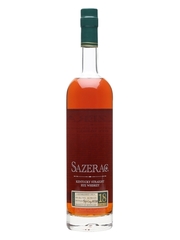 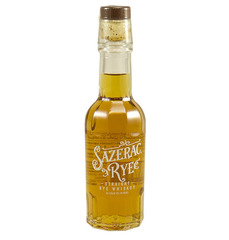 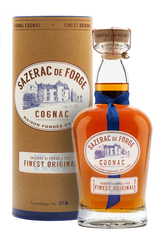