Most likely derived from two Gaelic words: ‘Magh’ meaning a fertile piece of ground and ‘Ellan’, meaning ‘of St Fillan’, an Irish born monk who travelled widely in Scotland spreading Christianity during the eighth century, the Macallan distillery was founded in 1824 by Alexander Reid.


A barley farmer and school teacher, Reid was amongst those farmers who had been making whisky on their farms in the area for centuries, distilling their surplus crops during the winter months. He was well practiced by the time his distillery became legal – and it showed. From the outset, The Macallan was recognised for its quality of product above all else and rose to fame quickly due to its consistently rich and smooth liquor.


An interesting quirk of the Macallan Distillery that remains to this day is its fourteen strangely small spirit stills – each made from copper and holding an initial ‘charge’ of 3,000 liters. The stills’ unique size and shape are said to give the spirit maximum contact with the copper, and in turn helping to concentrate the ‘new make’ spirit and provide the rich, fruity, full-bodied flavours so characteristic of The Macallan.


Only around 15% of the spirit, collected from the spirit stills is filled into casks for maturing into The Macallan. The reason? Because this portion is the best of the best, or, ‘the heart of the run’. This minute ‘cut’, is one of the smallest in the industry and is a prime reason for the full-bodied richness of The Macallan ‘new make’ spirit.


The attention to detail and quality has proven to be the key of The Macallan’s success. Owners, the Edrington Group reported that prior-year sales of The Macallan were up 8% to over 700,000 cases and that an office was being opened in New York to continue growth in the American market.


Aside from its consumer growth The Macallan also has an impressive haul of awards. With its 25 Year Old recently winning Single Malt of The Year (Single Cask) in Jim Murray’s Whisky Bible 2017 and the brand also gaining accolades from The World Whisky Awards and the San Francisco World Spirits Competition, The Macallan appears to be going from strength to strength.
…
Easter Elchies Scotland, United Kingdom
https://www.themacallan.com
72 products
Region
Varietal
Size
Price
Category
Vintage
72 products 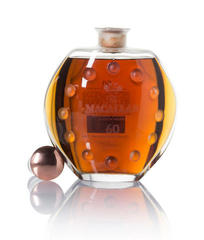 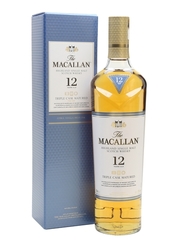 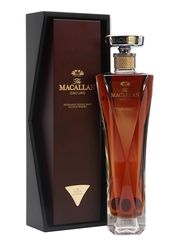 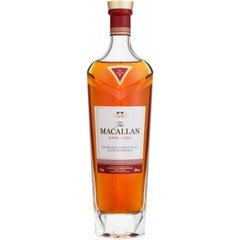 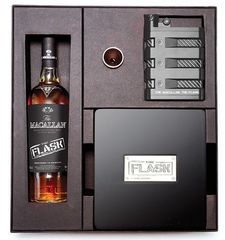