Kentucky
Kentucky whiskey – or Kentucky bourbon as it’s more commonly known, is a distinct style of whiskey created, distilled and aged in Kentucky. Actually, this is not strictly accurate - There are, in fact, no geographic restrictions governing where bourbon can be made. Yet, as Kentucky is the source of all but a tiny drop in the 50-million-gallon annual bucket, it is commonly accepted as the state’s own spirit.

Kentucky bourbon is classified as a distilled spirit made from fermented mash, mainly consisting of corn, and aged in white oak barrels for at least two years. Its distinctive character is gained from the state’s iron-free water, which is used in the distillation process. Bartenders do multiple pours in order to shake the up the "suspended solids" in the bourbon and round out the flavor.

By the time Louisville was founded in 1783, some of its earliest inhabitants had already been distilling whiskey for a while.

Local farmers, seeking to make an additional income from part of their corn harvest (as whiskey was easier to transport than its equivalent value in corn), began to make whiskey after their corn harvest on the late summer. The thing was that, before they could ship it down the Ohio and Mississippi rivers to New Orleans, they had to wait a good few months for the spring rainy season when the currents allowed the rivers to run faster. In addition, once the barrels were loaded, the trip downstream could take several weeks.

Although this waiting to reach market probably felt like an inconvenience for many whiskey producers, something magical was occurring. You see, by the time the whiskey reached New Orleans, the months of aging had given it an amber hue and given it a smoother, richer, and much more pleasing flavor than un-aged ‘white’ whiskey.

What’s more, around this time, an unlikely figure, in the form of the Reverend Elijah Craig, made a decision that changed the character of the liquor into the one we know today. Fondly titled “The Father of Bourbon,” the story goes that Craig,- a distillery owner as well as a man of the cloth – experienced what one would now deem a very happy misfortune. Following a small fire in his distillery, which charred some of his new barrels, Criag decided to err on the side of frugality and used the charred barrels to age his whiskey. What emerged was a whiskey with a unique, charred flavor that gained fast and firm popularity. Following Craig’s lead, charring barrels became the standard practice for bourbon making and is to this day, firmly followed as part of the process. There are more barrels of bourbon than people in Kentucky.

Bardstown saw its first distillers arrive in the 1770s, as Jacob Beam and others were attracted to the area’s array of limestone-rich springs and streams, with Louisville distilleries following soon after its founding.

Louisville continued to be a hive of distilling throughout the 19th and early 20th centuries, yet it was Bardstown that began to emerge as Kentucky’s most prominent distilling center, earning it the accolade of “The Bourbon Capital of the World”.

At time of writing there are more than 20 working bourbon distilleries in Kentucky, making more than 200 famous and well –followed brands, including Buffalo Trace, Blanton’s, Maker’s Mark, Wild Turkey and Jim Beam..

Where to Start with Kentucky Whiskey

With more expressions of Kentucky whiskey than even an avid liquor enthusiast could name, the choice for starting a journey into this classic American spirit, is vast. To help you out, Frootbat have hand-picked a small selection of the very best of Kentucky to help you on your way. Relax, sit back and enjoy.
…
Kentucky, USA Kentucky, USA
539 products
Brand
Region
Varietal
Size
Price
Vintage
539 products 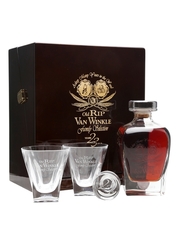 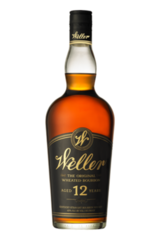 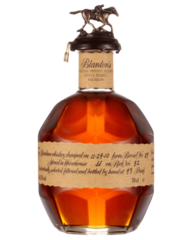 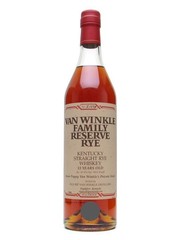