Scotland
Known as ‘The Queen of the Hebrides’, Islay sits at the most southerly point of Scotland’s western island chain. The island’s famously smoky, peaty style of single malt whisky is produced by the island’s 8 working distilleries. Although this such a disproportionately high number for such a small area, even more distilleries are planned for the future, making Islay a true hotbed of high quality whisky production. Islay is known for the Singing Sands on the Oa Peninsula – the sand is said to sing when you rub the sole of your shoe across its surface.

The tale goes that it was 14th century Irish monks who first introduced the process of distillation to Islay. With unlimited supplies of peat and rivers filled with pure soft water, the climate and terrain of the island was perfect for the production of the spirit. With the local crofters already growing bere (an historical type of barley) they had all the essentials they needed.

In the early days, distilling was freely carried out. 1644, however, brought the Excise Act, resulting in a tax on whisky. This forced wily distillers to move into the remote glens and caves to avoid detection by excise men. (Funnily enough, they were being over cautious. The excise men of the mainland had heard the locals were “wild barbarous people” and were too frightened to step foot on the island until around 1797)!

Once the levy was lifted, the distillers were able to emerge out of hiding and build industrial distilleries in which to practice their craft. Today Islay is home to 8 licensed working distilleries.

The Islay Single Malt Whiskies have been known to divide opinion amongst whisky connoisseurs. As some of the strongest flavoured of all malts, their strength of character is loved by some as somewhat less appreciated by others.

Most of the malting, used for the production of whisky on Islay, is carried out at Port Ellen Maltings. They work to the specific peat level requirement of each distillery and deliver exactly as ordered.

Islay Malt whisky has dry, smoky and peaty characteristics. It also carries the subtleties of gentle moss scents, and a hint of spiciness. Interestingly, for such a small island of only 25lm length, the character of Islay alt does differ somewhat between the northern and southern distilleries.

The southern Islay distilleries, including Ardbeg, Laphroaig and Lagavulin, produce powerful whiskies, with aromas of tar, smoke, iodine and carbolic. These distilleries use heavily peated malt and the island’s peaty water for every stage of production. The northern distilleries, which include Bruichladdich and Bunnahabhain, produce milder, lighter and much less smoky whisky. Drawing their water directly from the spring before it’s had any contact with peat and using lighting or un-peated barley. This results in mossy, nutty and slightly dry whiskies. One of Islay's best known persons in the world is Lord George Robertson, former Nato Secretary General, who was born in Port Ellen.


Where to Start with Islay Malt Whisky

With a surprisingly large selection of offerings from such a small island, it can be hard to know where to start with Islay malt whisky. Below are some of our personal recommendations from the offerings of this beautiful Scottish region:
…
Islay, Scotland
114 products
Brand
Region
Varietal
Size
Price
Vintage
Tags
Flavor Profiles
114 products 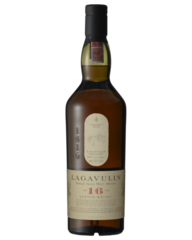 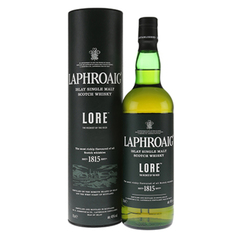 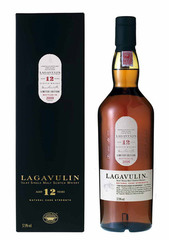 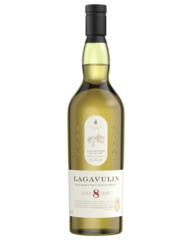