Tennessee
When you think about Tennessee whiskey, one name tends to come to mind: Jack Daniel’s. However, the story of whiskey in Tennessee goes beyond this iconic brand, to the days when many more distillers played key roles. Find out here about how Tennessee whiskey came about, its struggles and its distinctive distillation process. Tennessee whiskey is one of the top ten exports of Tennessee.

The process of converting grain into whiskey was well known to the predominantly Scottish and Irish immigrants who settled in Tennessee, with the earliest known distillery - Evan Shelby's East Tennessee plant, already in existence by 1771.

The climate, soil and abundance of wood, white oak and rivers in which to ship the finished product to places such as Nashville, Knoxville and Memphis made Tennessee extremely well suited for whiskey production, and so, the industry grew.

Tennessee was also one of the states that recovered well from the effects of the war. Although whiskey had been temporarily banned (as corn and other grains were needed to feed both humans and livestock,), distilling was one of the first businesses to start up in Tennessee after Federal troops pulled out in April of 1865. And by 1886, the distilling industry was the largest manufacturing industry in the state.

By the late 1880s, however, the industry had begun to decline. Smaller distillers had closed in droves, faced with intense competition from the larger distillers and mounting pressure from the church and temperance groups. Only two Tennessee distilleries would remain after the prohibition: George Dickel & Company-and Jack Daniel.

Today the most famous and largest Tennessee distillery is Jack Daniel, (with George Dickel, now owned by Diageo not far behind). Still in full operation on its original site, Jack Daniel is not only world renowned for its whiskey but also featured on the National Register of Historic Places.

The town of Lynchburg is famous as the home of Jack Daniel’s, but you can’t sample it there - Lynchburg is actually dry!

Where to Start with Tennessee Whiskey

So, apart from standard Jack Daniel’s expressions, what are the delights that Tennessee has to offer. Frootbat has put together a few of Mr Daniel’s finest offerings as an alternative for you to try. Enjoy!
…
Tennessee, USA
92 products
Brand
Region
Varietal
Size
Price
Category
Vintage
92 products 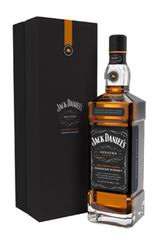 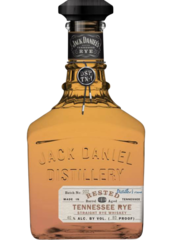 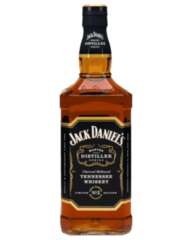